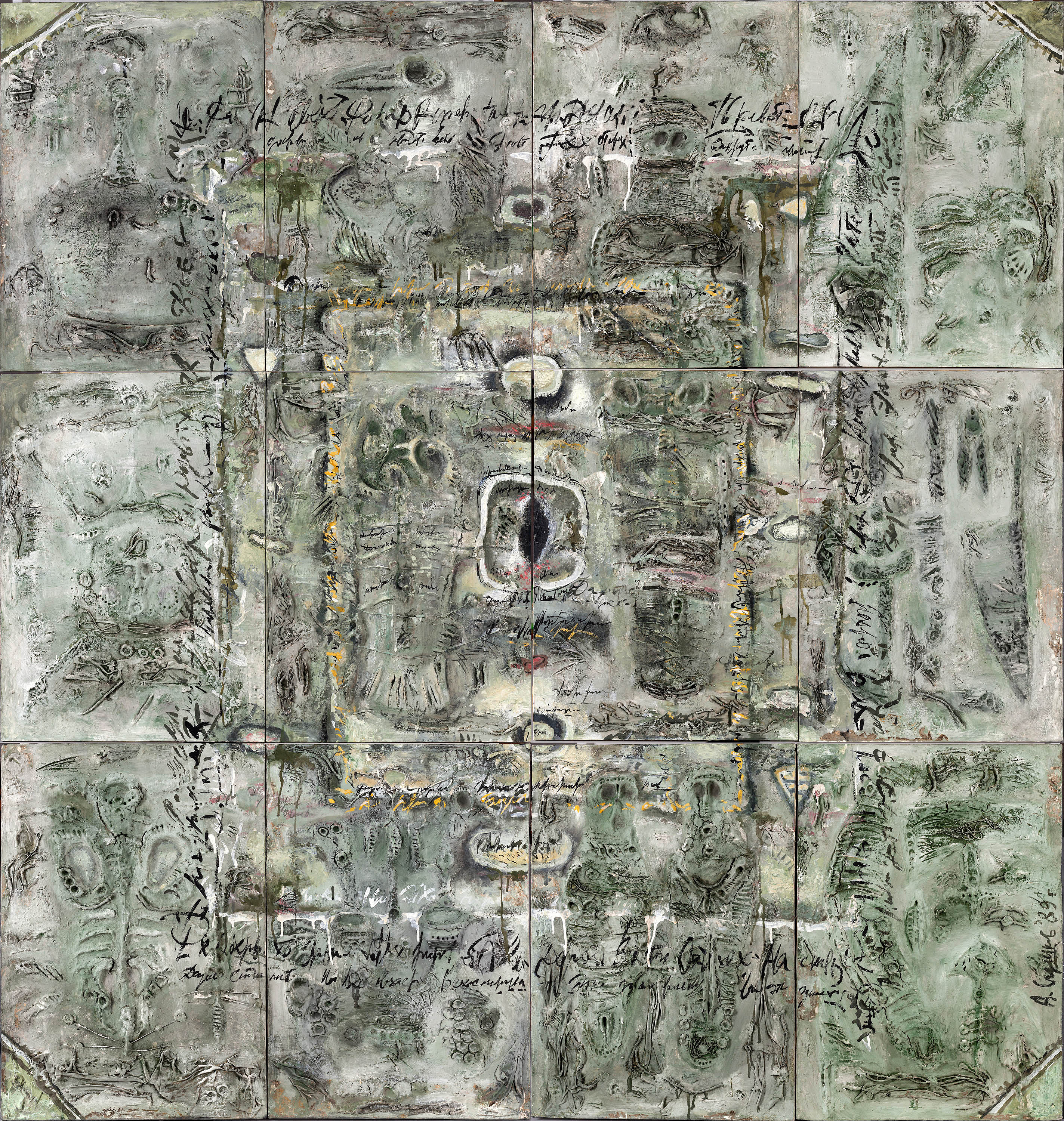 Предыдущее произведение Следующее произведение
THE SECOND LAYER (1989)
Author: Alexander Sushkov
Tech: Canvas, mixed media
Size, cm:
210 х200
“… I love natural textures that can be found in nature. I believe that stone is the writings of the Creator. Bark is the complete work of art. During my journey down to the excavations site in the North Caucasus, my attention was drawn to the washouts, which had been formed after the rains. The rain precipitations would wall and wash out the burial ground down the mountain slopes. Thus, well textured and stunning reliefs appeared. One could find there some items like old rotten things, parts of human remains, or weapons.
All this looked like the writings which exist as a second layer. Then, I realized that we were walking on the cultural layer. Anything below us was to be considered as a cultural layer. If you dig deeper, you could unveil the history that had existed before us. The color of those graves was amazing, too, because, with time, patina is formed on the surface of bronze and there appears simply a stunning shade. All of it was my source of inspiration for creation of my work.
Yet, I have put some other, particular sense into it. There are writings and calligraphy in the picture and in the center of the work is a black hole. People have different perceptions of it. In general, this hole is where it all came from and where everything will disappear in the end.”